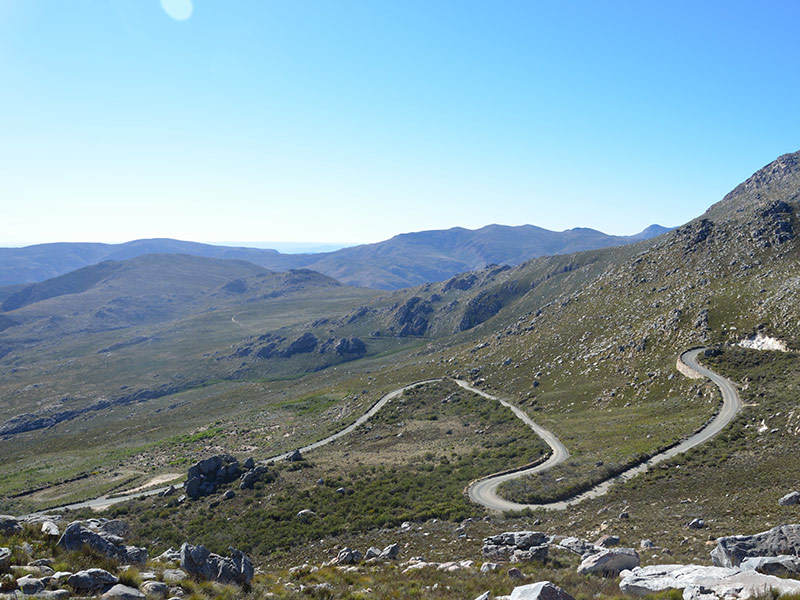 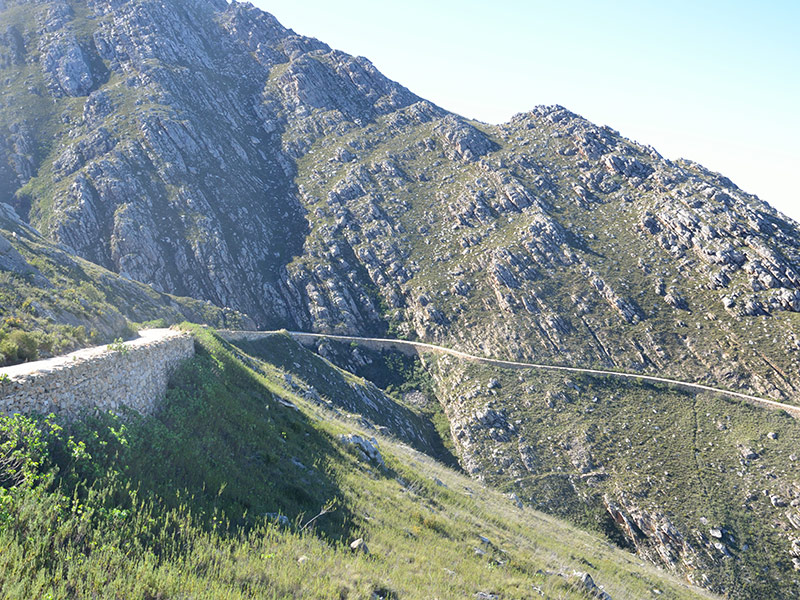 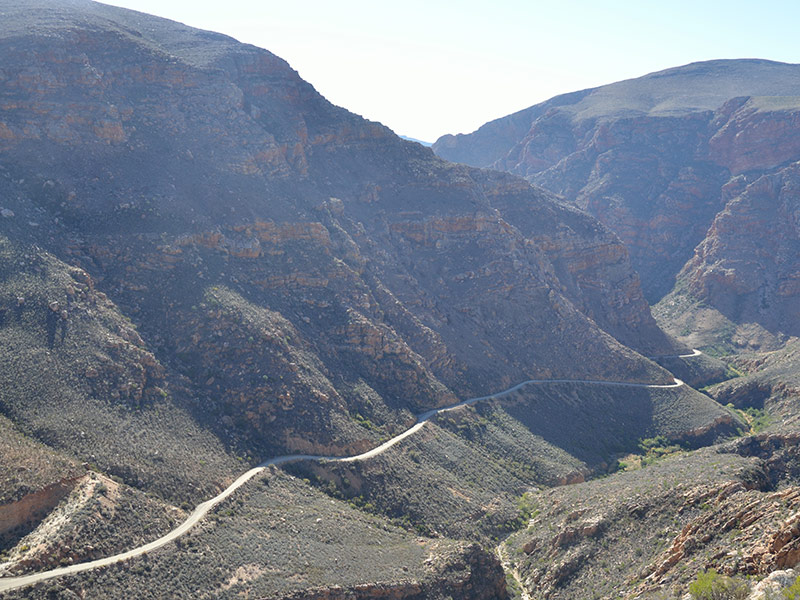 Swartberg Nature Reserve lies in the Oudtshoorn district between the Great and Little Karoo, bordered by the Gamka River in the west and the Uniondale- Willowmore road in the east. The reserve encompasses 121 000 ha of mostly state- owned land. Gamkapoort Nature Reserve, immediately to the north of the

Besides conservation, the reserve is concerned with the conservation of mountain catchments and the water yield thereof, as well as educational and recreational opportunities.

This area was clearly used by the San for many centuries, as evidenced by the numerous rock paintings and artefacts found in caves all aver the reserve. During the 1700’s European farmers arrived in the area, establishing small settlements and making roads. Three historic routes connecting the Great and Little Karoo lead through the reserve: Toorwaterpoort is a train route; Meiringspoort is used by motorists: and the untarred Swartberg pass, built by Thomas C.J. Bain, takes one over the Swartberg and reaches a height of 1 585m above sea-level. Gamkaskloof (Die Hel), Which was first inhabited by farmers in 1830, was only accessible by foot until 1963 when a road was finally built into the valley.

This is an area of climatic extremes, with very cold winters, often with snow on the mountains and temperatures well below zero, while summers can be uncomfortably hot with temperatures reaching 40°C and more! Rain occurs throughout the year, peaking in early winter and spring, and with thundershowers in the summer months.

The Swartberg mountains are part of the Cape fold mountain range, and the geological formations are chiefly of the Table Mountain group and to a lesser extent of the Bokkeveld and Cango groups. Impressive rock formations may be seen in the Swartberg and Meiringspoort passes.

The reserve’s vegetation is remarkably diverse, featuring renosterveld, mountain fynbos, Karoo-veld, spekboom veld, and numerous geophyte species. Some species will be in bloom virtually throughout the year. Most plants flower in spring, but early autumn is the time that many protea species flower, attracting large numbers of sugarbirds and sunbirds. During mid-summer (December – February) many of the interesting plants on the higher Swartberg peaks are in flower, including the rare Protea venusta.

Mammals likely to be seen include klipspringer, grey rhebuck, kudu, baboon and dassie, and on the flatter areas at Gamkapoort, springbok, leopard and caracal also occur in the area, but are seldom seen. More than 130 bird species have been recorded here, notably black, fish and martial eagle, Cape sugar-bird and pied kingfisher.

Visitors to Swartberg may experience a sense of vastness and tranquillity throughout the year. Picnic and braai facilities are available at Gamkapoort, Swartberg Pass and Meiringspoort. Canoeing, sailing and fishing are permitted in the Gamka River and the Gamkapoort Dam, but anglers must be in possession of a fresh-water angling licence.

The best times for hiking are April to May and then September to October. Various hiking options are possible, ranging from easy day-hikes to a fairly

The 4×4 route offers panoramic views of the Swartberg mountains and can be booked for the day or as an overnight route.

The remote and isolated Gamkaskloof valley is about 90 km from Oudtshoorn and 60 km from Prince Albert and is only accessible via the Otto du Plessis road, which turns off from the Swartberg Pass. Please note that this road is inaccessible to caravans and that there are no shops or fuel on (he way. The valley is of ecological, archaelogical and cultural-historical importance and is now managed as part of the Swartberg Nature Reserve. Visitors may camp or stay in nine restored houses that can accommodate from two to eight persons. Bring your own towels and food.

Attractions and activities include picnicking, a Norwegian mill, angling in the Gamka River, and sightseeing and relaxing in this natural paradise as well as a six km interpretation hiking trail (three hours).